The Power of Game Changing Leadership 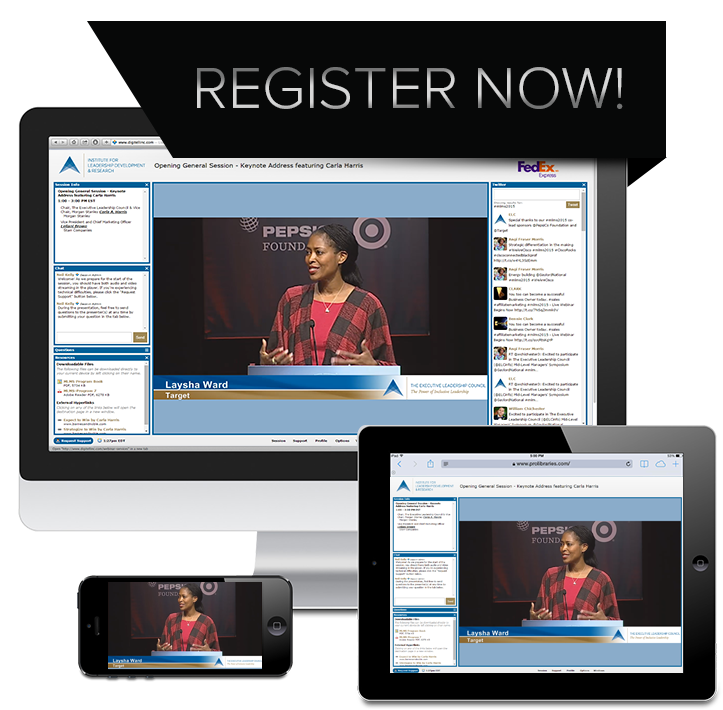 Unable to attend this year’s MLMS? View the live streaming of the General Sessions from your laptop or mobile device, and/or access these recorded sessions at your convenience at a later date.

The Mid-Level Managers' Symposium (MLMS) is a two-day, professional development seminar for more than 1,000 aspiring managers. Participants learn from and network with leading business and education experts who are within and outside of their respective functional areas (e.g. Finance, IT, Sales and Marketing, etc.). Managers are exposed to in-depth workshops segmented by experiential level. MLMS speakers and presenters offer candid insight about their leadership journeys, with the goal of helping attendees achieve greater levels of success and recognition in their careers.

**Please note: To register for Group Access or if you need to be invoiced please contact us at Institute@elcinfo.com or call 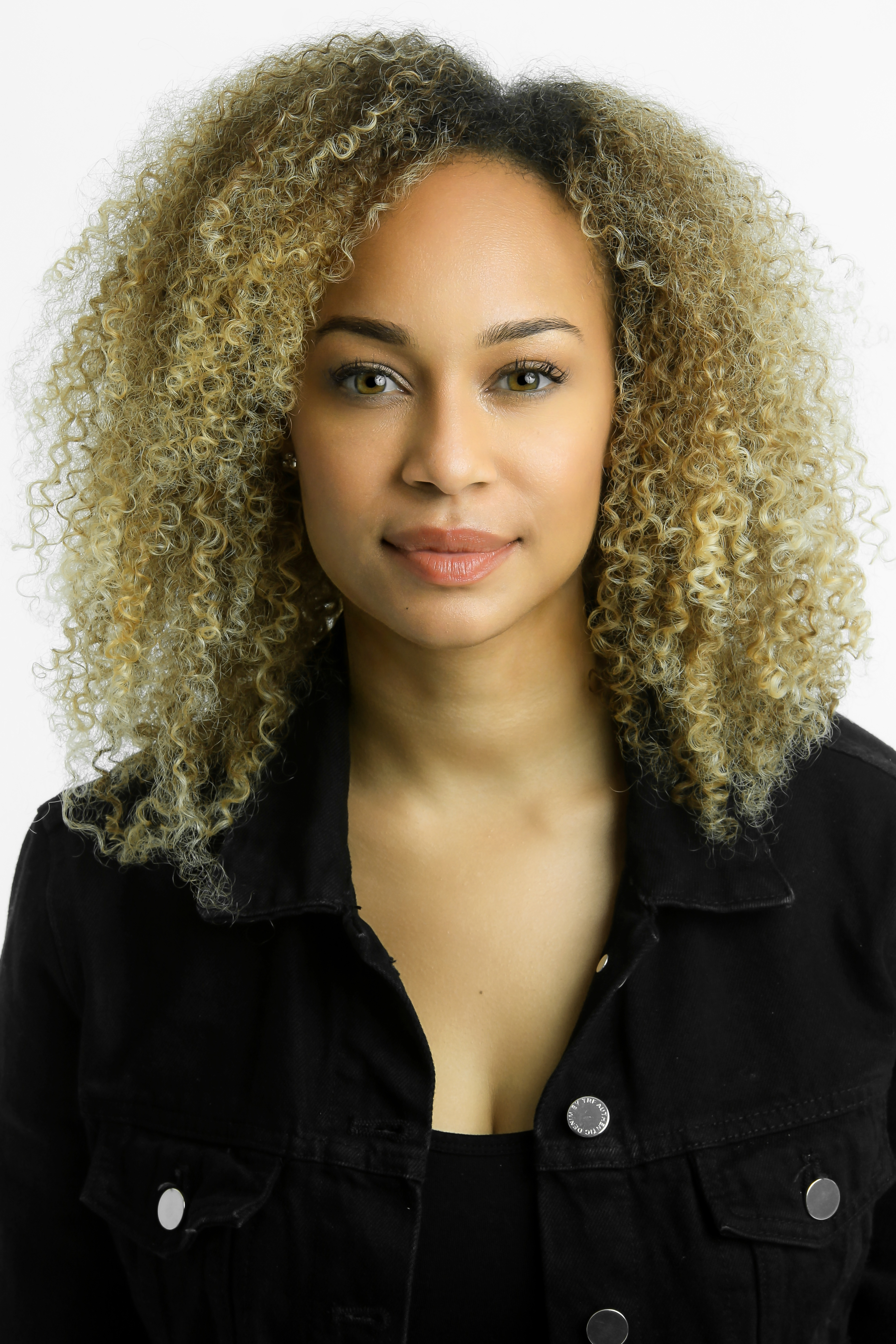 Since launching Blavity Inc. in 2014, Morgan has led the company to successfully acquire Travel Noire, a travel platform for black millennials and Shadow And Act, a black entertainment news site. She launched several profitable consumer summits, including Summit 21 for black women creators and entrepreneurs and Bay Area’s AfroTech, the largest tech conference for Black innovators and founders, all while scaling our internal operations, raising over 9 million dollars in venture funding and building a team of over 75 employees and 100 contractors nationwide. Morgan is also the founder of M.Roze Essentials, a natural skin care & WorkSmart, an advising program teaching small business owners how to scale their business. Morgan graduated top of her class from Washington University in St. Louis with a major in Political Science and minors in Entrepreneurship and Education. She was the youngest student body president elected at Wash. U. and is a recipient of the John B. Ervin Scholars Program. 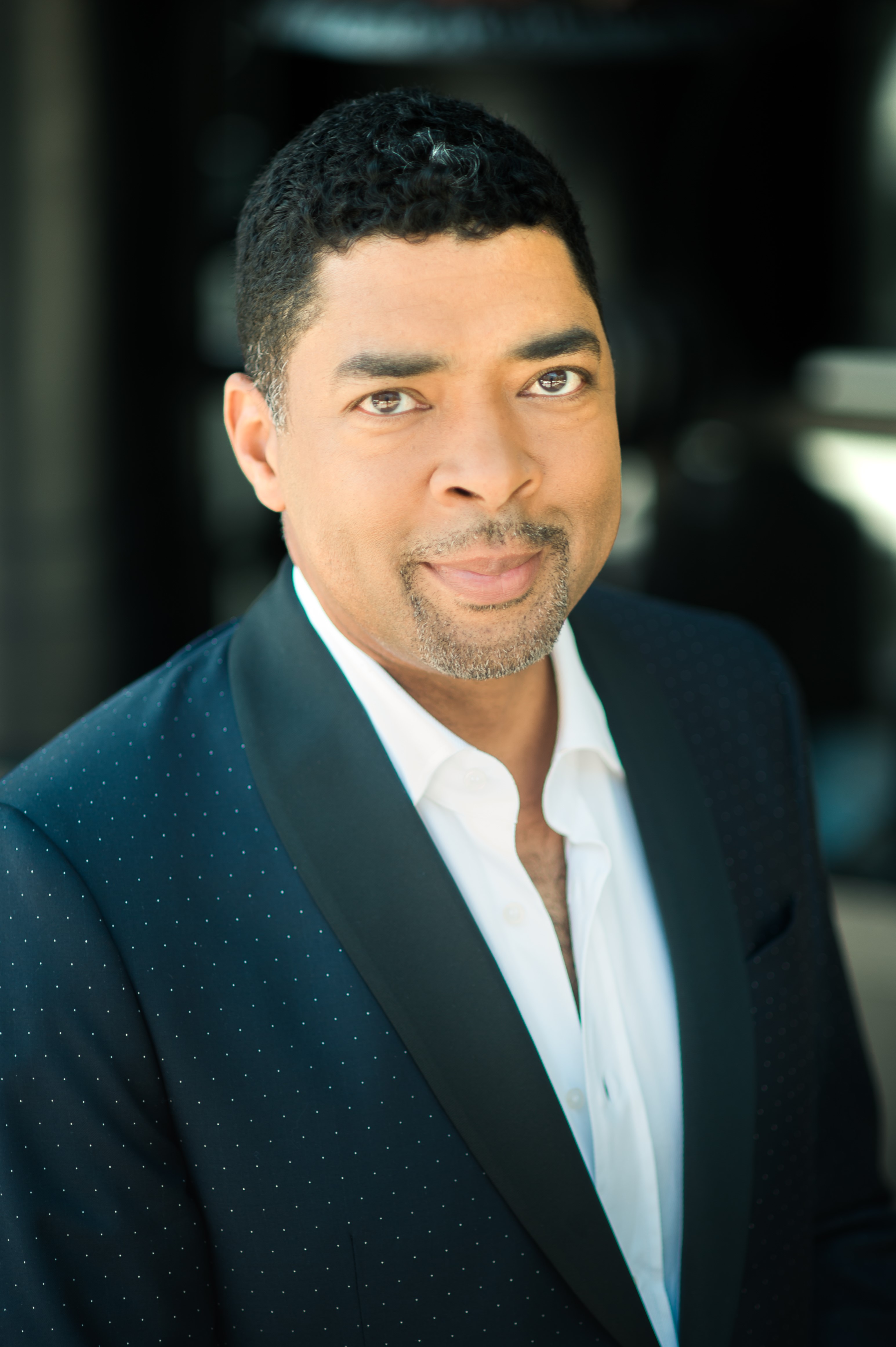 Keith Clinkscales is the Founder and Chief Executive Officer of First World Media, a media content and production company. First World Media’s mission is to provide premium products, services and events to an engaged audience that is passionate about urban culture. This mission is led by the anchor and signature streaming service, REIGN, which is focused on providing content for urban and multicultural audiences. Clinkscales is also the founder of The Shadow League (www.theshadowleague.com), the original destination for discussions at the intersection of sports, race and culture. Since its inception in late 2012, The Shadow League has grown to become the premier destination for sports and culture. The Shadow League has also partnered with several influential brands and has produced a number of video features and documentaries for networks and publishers such as BET and The Bleacher Report. An Emmy Award-Nominated and a two-time Peabody Award Winner, Clinkscales has earned over 60 credits as an Executive Producer of films and documentaries, many of which were earned during his tenure as Senior Vice President at ESPN. Clinkscales was the Executive Producer and one of the creators of ESPN’s critically acclaimed “30 for 30” documentary series, a defining moment on the power of culture and storytelling in sports. In 2013, REVOLT Founder and Chairman Sean Combs appointed Clinkscales as Chief Executive Officer of REVOLT Media & TV. With Clinkscales at the helm, REVOLT ushered in the third largest, independent network launch in cable television history. Over the course of his impactful three years with the network, Clinkscales conceptualized and executed tentpole events such as the REVOLT Music Conference, where the music industry’s influential come to network, learn, and discover emerging talent. In the 1990s, Clinkscales worked alongside the legendary Quincy Jones to launch Vibe magazine, the premier publication for hip-hop/R&B music, fashion and entertainment news. Clinkscales served as CEO of the publication and established Vibe’s successful digital presence, vibe.com. Clinkscales’ list of accolades is extensive. He has earned top executive honors from Crain Communications, Advertising Age, Black Enterprise and the American Advertising Federation Hall of Fame. He is also a two-time recipient of the National Association of Black Journalists (NABJ) Excellence in Journalism Award, has been listed among the 2014 and 2016 CableFAX 100 as an industry power player and is a proud member of the Producers Guild of America. Clinkscales earned an MBA from Harvard Business School, where he received the “Professional Achievement Award” from the business school’s African-American Alumni Association. A magna cum laude graduate from Florida A&M University, where he earned a BS in Accounting and Finance, he currently serves on the school’s Foundation Board. 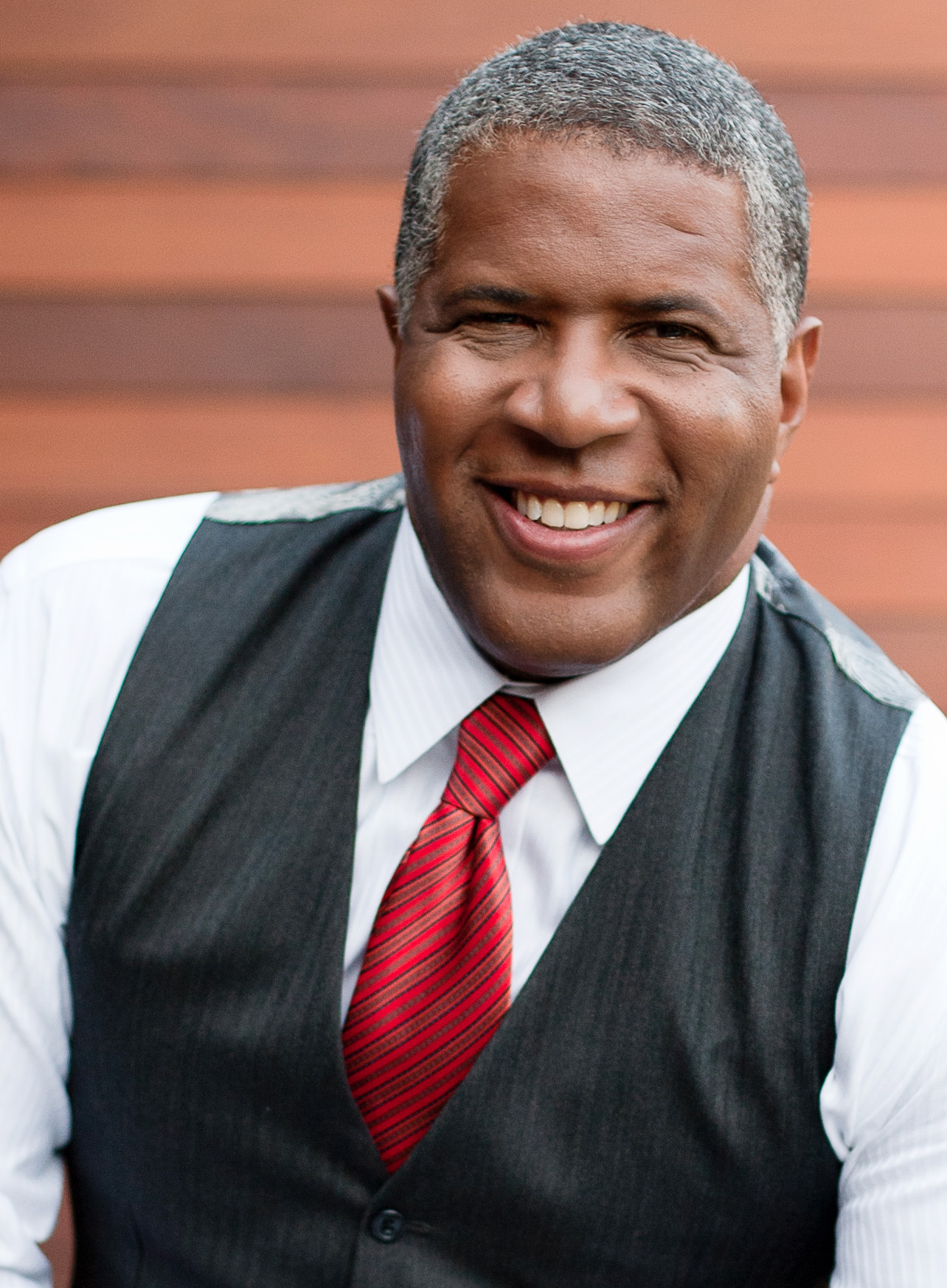 Robert F. Smith is the Founder, Chairman, and CEO of Vista Equity Partners. He directs Vista’s investment strategy and decisions, firm governance and investor relations. Vista currently manages equity capital commitments of over $46Bn and oversees a portfolio of over 50 software companies that employ over 55,000 people worldwide. Since Vista’s founding in 2000, Mr. Smith has overseen over 400 completed transactions by the firm representing over $120Bn in transaction value. The portfolio companies taken together make Vista the 4th largest enterprise software company in the world, after Microsoft, Oracle and SAP. There are 220 million users of Vista’s software. Vista has managed capital for hundreds of limited partners, endowments, family offices, high net worth individuals, and prominent pension plans representing more than 40% of public safety employees including police and firefighters and more than 50% of teachers and education employees. Vista, committed to delivering value for these important shareholders, has never lost money on a buy-out investment. In 2017, Smith was named by Forbes as one of the 100 Greatest Living Business Minds. Born in Colorado to two parents with EdDs, Mr. Smith trained as an engineer at Cornell University, earning his B.S. in Chemical Engineering. Following his MBA from Columbia Business School with honors, Mr. Smith worked at Kraft General Foods, where he earned two United States and two European patents. In 1994, he joined Goldman Sachs in tech investment banking, first in New York and then in Silicon Valley. As Co‐Head of Enterprise Systems and Storage, he executed and advised on over $50B in merger and acquisition activity with companies such as Apple, Microsoft, Texas Instruments, eBay and Yahoo. He was the first person in San Francisco at Goldman to focus solely on Tech M&A. Mr. Smith’s business achievements and global philanthropic works have received recognition from numerous entities – including UNCF’s President’s Award, the International Medical Corps’ Humanitarian of the Year Award, the Morehouse Candle Award in Business and Philanthropy, Ebony’s first John H. Johnson Award, the Congressional Black Caucus Foundation Chair’s Award, the Reginald F. Lewis Achievement Award, the Humanitarian of the Year Award from the Robert Toigo Foundation, the Ripple of Hope Award from the Robert F. Kennedy Center for Justice and Human Rights, the Award of Excellence from the National Association of Investment Companies, the Pierre Toussaint Award from the Archdiocese of New York, the Columbia University BBSA Distinguished Alumni Award, and the Ron Brown Scholar Program American Journey Award, among others. He holds honorary doctorate degrees from Morehouse College, University of Denver, American University's School of International Service, and Huston-Tillotson University. Mr. Smith is the founding director and President of the Fund II Foundation, which is dedicated to preserving the African‐American experience, safeguarding human rights, providing music education, preserving the environment while promoting the benefits of the outdoors, and sustaining critical American values. In January 2016, Cornell University honored Mr. Smith's leadership by naming the Robert Frederick Smith School of Chemical and Biomolecular Engineering. Mr. Smith is the Chairman of Carnegie Hall and the Chairman of the Robert F. Kennedy Center for Justice and Human Rights. He serves on the Board of Overseers of Columbia Business School, as a Member of the Cornell Engineering College Council, and a Trustee of the Boys and Girls Clubs of San Francisco. In 2017, Smith signed on to the Giving Pledge, the only African American to do so. His gift of $20 million was the largest by an individual donor to the National Museum of African American History and Culture, among many other philanthropic activities. Robert is also an avid fly fisherman.